The two of us have served in Christian ministry for more than 35 years. Dave served as Athletic Director/Head basketball coach (among many other positions) at Christian schools in VA, PA, NJ, and FL. Cindy has coached, directed summer camps, and served on staff both in numerous Christian School ministries and in our local church.

University in Ohio with a BA in P.E./Health 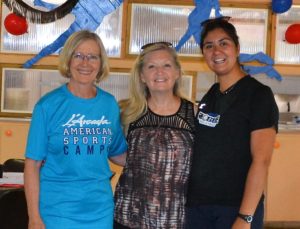 • Born in New Jersey and attended Philadelphia College of Bible

• Served with Dave in the Christian School ministry, office staff

• Served at Northside Baptist Church/School for 24+ years in many capacities, 14 years as Executive Assistant/Office Manager

with no comments yet.